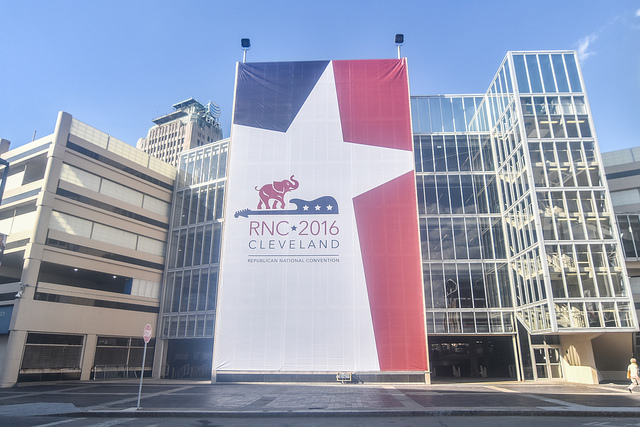 Some could say that the city of Cleveland, Ohio was re-born two years ago when the city was chosen to host the 2016 Republican National Convention (RNC). While city leaders were excited and knew they were laying the foundation for a better Cleveland, there were those who had their doubts. Some went as far to suggest that it would lead to violence and mayhem. This, in fact, was just a smokescreen. Fortunately, for Cleveland it pushed against all odds and the RNC became one of the most successful political conventions in U.S. history. As a result, the city benefited immensely both economically and socially.

“It came off incredibly well,” said David Hertz, current managing director of Dix & Eaton, and former Pulitzer Prize-winning editor for the Akron Beacon Journal. “The party’s not over; it’s just beginning,” he added. Nevertheless, making this a success and turning things around required each and every person from Cleveland to work toward the same goal, as noted by Hertz, “The city and its people did a spectacular job and made sure that this happened; congratulations to everyone.” As Hertz puts it, Cleveland was hungrier because the last time they hosted a political convention was in 1936, so they were more than ready to get the best from this year’s convention.

Hertz read from a July 29, 2016 letter that the president and CEO of the Cleveland 2016 Host Committee, David Gilbert wrote to the Plain Dealer holding that Cleveland did not just host the Republican National Convention; it knocked it out of the park as well. According to Gilbert, the convention pumped in around $200 million into Cleveland’s economy. It also accelerated essential civic projects as well as elevated how Cleveland is viewed by the world and how its residents view themselves. After the 2016 convention, a lot of positive stories about Cleveland started cropping up. The city got universal praise from delegates, the media, and other guests. It also had many people planning to relocate, invest or visit it mainly because it has convention experiences.

“The city of Cleveland is now the place to be, and investors are scrambling for opportunities here; something that will continue to greatly improve Cleveland’s economy,” noted Victor Bierman, Ohio lawyer and business expert.