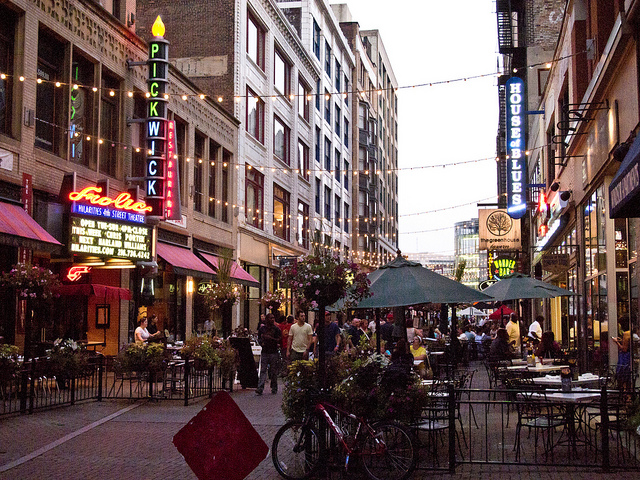 On the backs of several prominent victories, Forbes contributor Peter Lane Taylor recently declared Cleveland “America’s Hottest City” and I couldn’t agree more. Sure, there is a trendy and thriving downtown nightlife. And yes, we’ve had some impressive wins with our major sports teams and we were even on the world stage hosting the RNC convention. But Cleveland’s greatest achievement is not just its recent victories that has helped put this great city back on the map, but the investment dollars that are hard at work revitalizing the city.

Like other major cities along the rust belt, the loss of manufacturing and related industries had taken its toll by the end of the 20th century.  Abandoned buildings throughout the city gave way to vandalism, graffiti and other criminal activity. But even has the population went into a steep decline, the city never lost hope and was determined to give itself a makeover, one neighborhood at a time.

One of those abandoned buildings was the once thriving Joseph & Feiss garment factory in the Stockyards neighborhood that closed in 1998. During Joseph & Feiss’s 150-year history it was one of Cleveland’s largest employers employing over 2,000 people at times. The old factory building was torn down, however, the 5-story office building remains on the site.   It was recently acquired by Menlo Park Academy in a $17 million project to redevelop the building as its new home. Menlo is an approved Cleveland Metropolitan School District (CMSD) partner, and is the only tuition-free community school in Ohio for K-8 gifted learners. Residents in Cleveland are given priority for admission. “We are excited about Menlo Park’s growth, which creates an expansion of opportunities for Cleveland’s gifted students,” said Stephanie Klupinski, J.D., Executive Director, CMSD Charter Schools.

Although Cleveland is still a work in progress, people are starting to move back into downtown. “So considering where Cleveland has been, to now being called the hottest city in America, is really a reflection of more than a decade of progress,” says Victor J. Bierman III, Ohio lawyer and business expert.Stay tuned. There is much more to come.