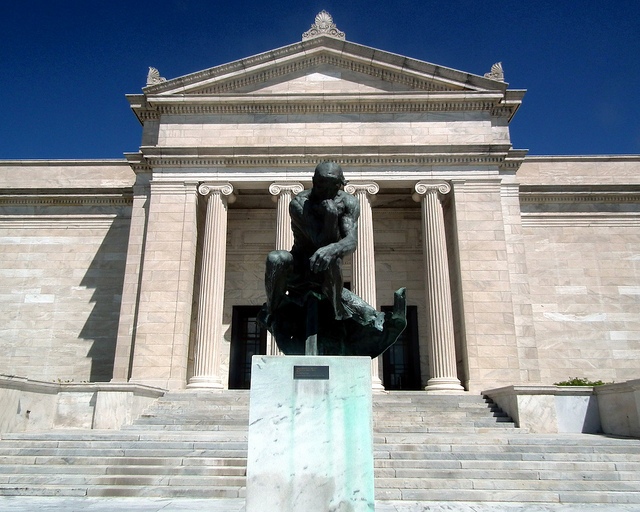 “When you think of Ohio, there are a lot of things that come to mind, but museums and culture is probably not one of them for some”, noted Victor Bierman III, Ohio lawyer and business expert.  While touring the Buckeye State from the northern shoreline of Lake Erie to the Appalachian Mountains you will find numerous tourist attractions dotting the landscape including some of the best museums in the country that even the kids will love. In keeping up with its nickname, Ohio really is in the Heart of it All. So, pack up your gear and load the family in the car while we take you on a tour of the 5 top museums in Ohio.

1. The Rock and Roll Hall of Fame and Museum

Designed by famed architect, I.M. Pei, The Rock Hall is one of the most unique museums in the world showcasing hundreds of legendary performers that have shaped the American music scene. The fascinating exhibits take visitors on a musical journey through the Rock and Roll revolution. And the building’s unique architectural design is a work of art in its own right.

2. The Cleveland Museum of Art (CMA)

The Cleveland Museum of Art has been the cultural epicenter of Northeast Ohio since its founding in 1916. It was ranked as the #2 museum in the country in 2016, by Business Insider. The highly acclaimed museum is known for its impressive Asian, Egyptian, American, and European collections from contemporary to medieval art. The original neoclassical building has also been expanded and renovated several times. Every year, the CMA attracts approximately 598,000 visitors.

Founded in 1881, the Cincinnati Art Museum is one of the oldest museums in the U.S. Today, the diverse museum has more than 67,000 works in its collection with some artifacts nearly 6,000 years old. Aside from its comprehensive collections, the museum’s old and unique architectural design built in the Romanesque Revival style will surely appeal to any historian.

Housed in a former factory in Cincinnati, The American Sign Museum is hands down one of the most interesting museums in the world. The museum’s sign collection spans over 100 years. The exhibits in its historic collection include neon signs that recreate a Main Street USA storefront. The 20,000 square foot museum takes visitors on a trip back in time to discover the changing sign styles over the past century.

The Dayton Art Institute or DAI, as it is sometimes referred, was rated one of the top 10 best art museums in the U.S. for kids, by Parents® Magazine. In addition to its rotating exhibits, the museum features an extensive permanent collection of more than 20,000 objects from around the globe dating back 5,000 years. And its Lange Family Experiencenter, an interactive hands-on experience for the entire family is one of its most popular galleries.